Southern Utah was coined “Utah’s Dixie” by early pioneer settlers that were originally from the Southern States. Although these settlers did not arrive in the area with slaves, some had previously owned them. In the twentieth century, students and faculty at the local college, now Dixie State University, then connected with and encouraged Confederate and racist culture.
‍
At this time, we ask you to consider the local history that connects both Confederacy and racism to Southern Utah. We ask you to consider if you feel comfortable with these connections. We invite you to consider stepping away from these connections.
‍
We also invite Dixie State University to change its name. It is time for broader academia to not view our local university negatively. It is time for Dixie State University to expand its students opportunities outside of what Utah offers.
‍
It is time to consider change.
‍ 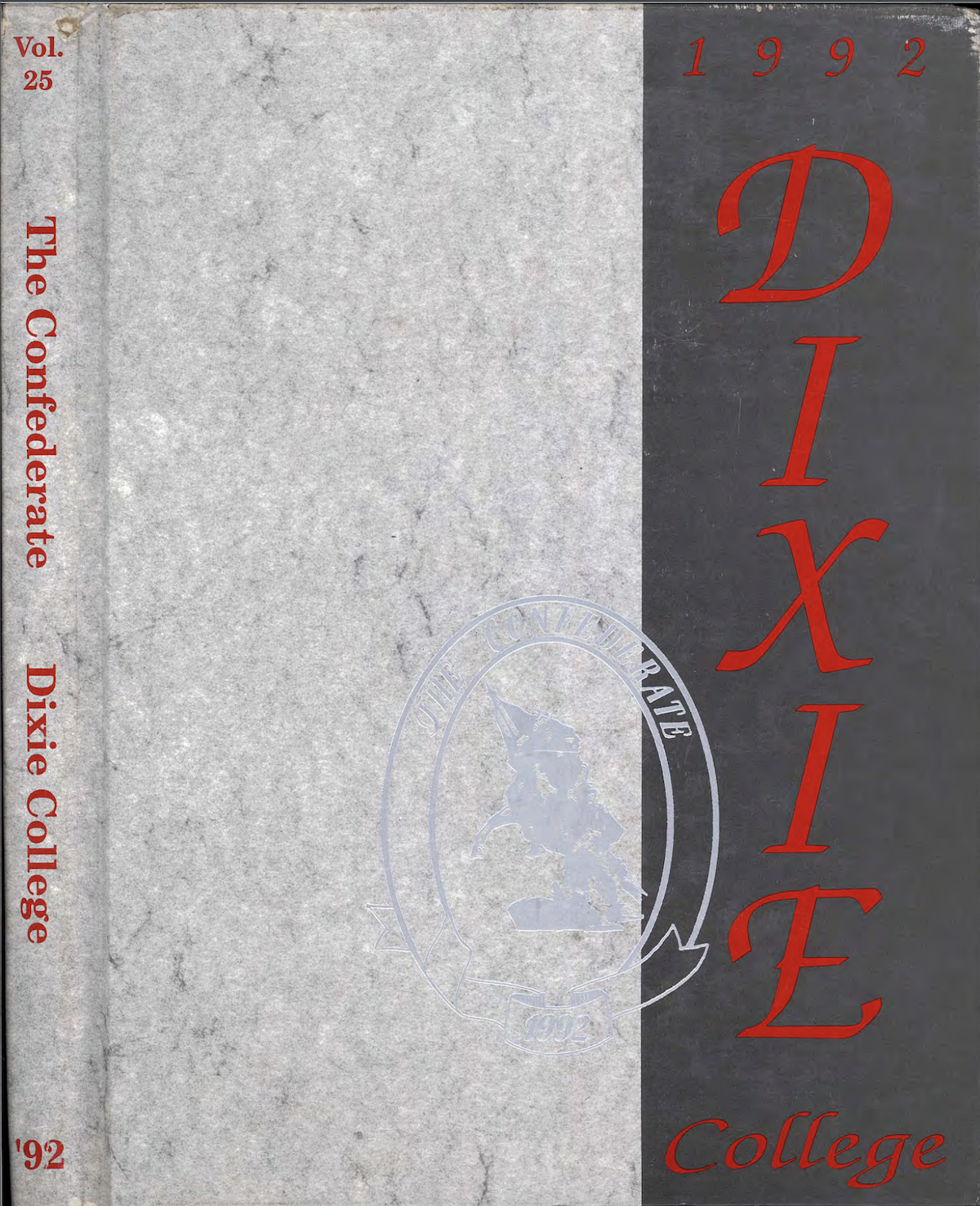 3 QUOTE FROM "PROTECT UTAH’S DIXIE" ORGANIZER
YEAR: 2020
SOURCE: ST.GEORGE NEWS
Link
"We used to have minstrel shows here in St. George. It was in fun, it was nothing racist,I used to dress up with a blackface for Halloween. I think actually it was a compliment to want to look like a blackface. Look at the good, quit looking at the bad. Forgive, go on, do something for yourselves, earn your respect. You’re not going to do it by tearing down statues."
4 BLACKFACE IN A PARADE
YEAR: UNKNOWN
SOURCE: DSU YEARBOOK 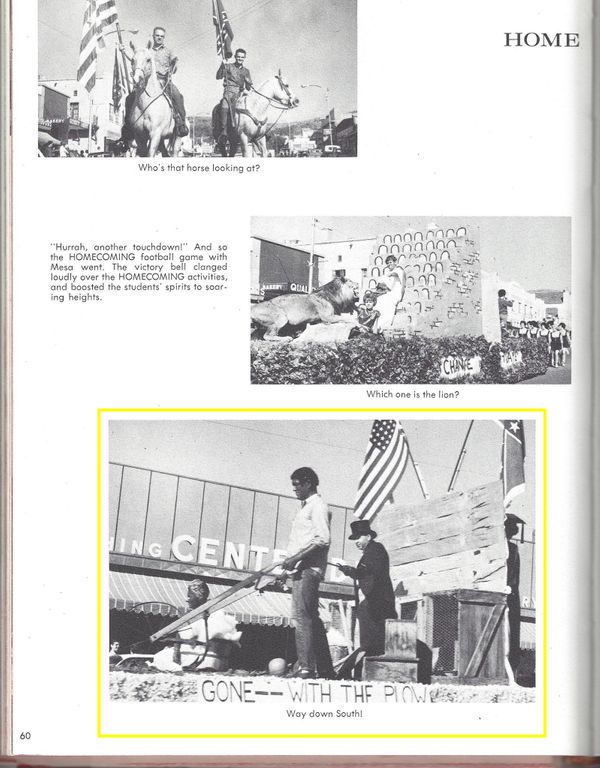 5 "THE TIME IS NOW TO RENAME DIXIE STATE UNIVERSITY"
YEAR: 2015
SOURCE: SPECTRUM
Link
"In 2015, faculty and students presented their research at the Annual Convention of the Western Psychological Association, alongside faculty from Stanford University, the University of California and other universities from around the world, and had to explain the name "Dixie." They had to acknowledge how others view Dixie and our institution in a negative way."
6 REMOVAL OF CONFEDERATE SOLDIER STATUE FROM DSU
YEAR: 2015
SOURCE: KUTV 2
Link 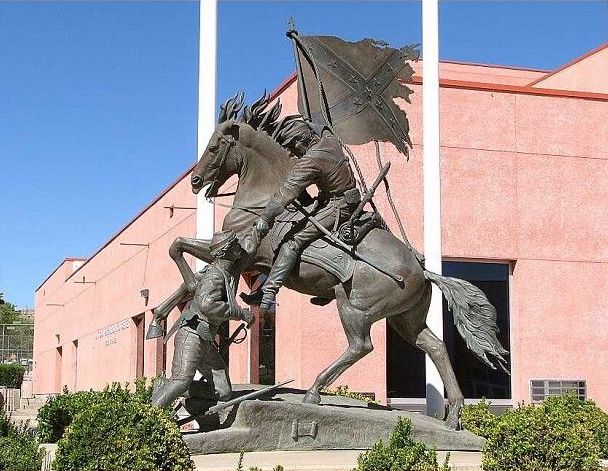 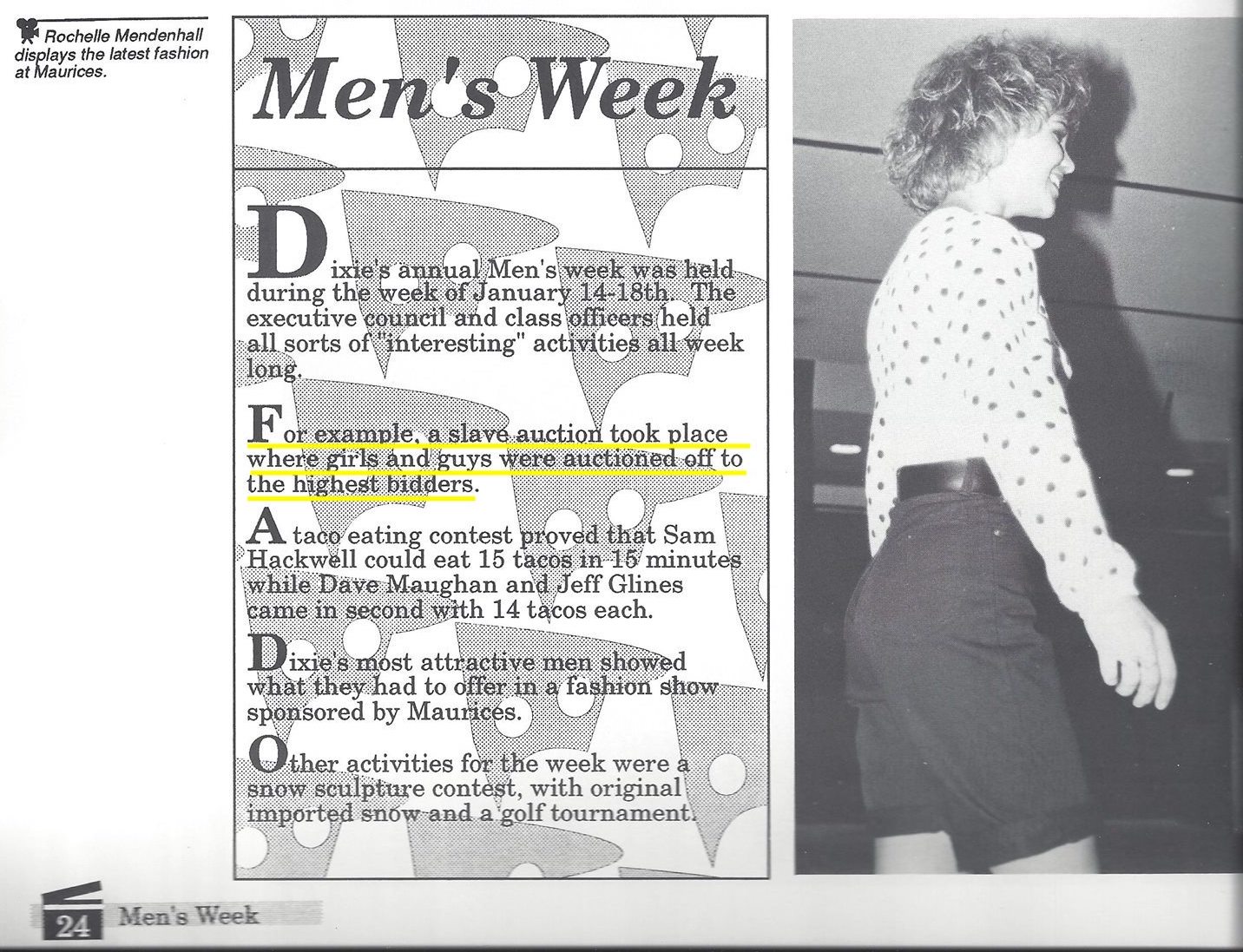 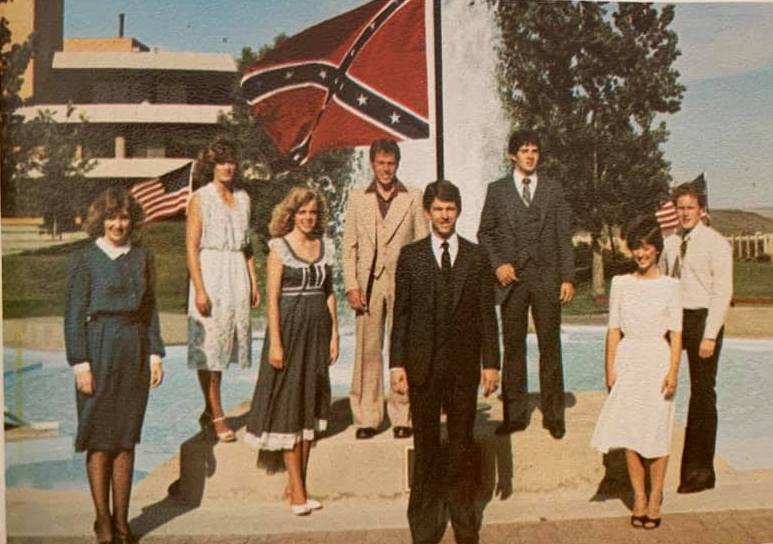 11 WASHINGTON COUNTY MINORITY COALITION ASKING TO CHANGE NAME
YEAR: 2012
SOURCE: ST.GEORGE NEWS
Link
"The majority of supporters for Dixie say Dixie is about their roots. Well, to people of color, Dixie and Confederacy is about racism and slavery. It is a slap in the face to Black people, as well as other minorities. The pictures say it all; those images are offensive and an insult, condoning Confederate imagery on top of that just adds salt to the wound. So many individuals simply could not and would not see the ties to racism. Even when shown the pictures by a WCMC board member of the blackface performances, the crowd responding by heckling. A refusal to see what minorities see was apparent at Thursdays forum. If you do not believe Dixie and Confederate images are racist and offensive, then we suggest you ask those who are victims of racism and know what it’s like to be discriminated against."
12 "SLAVES FOR SALE"
YEAR: 1991
SOURCE: LOCAL NEWSPAPER 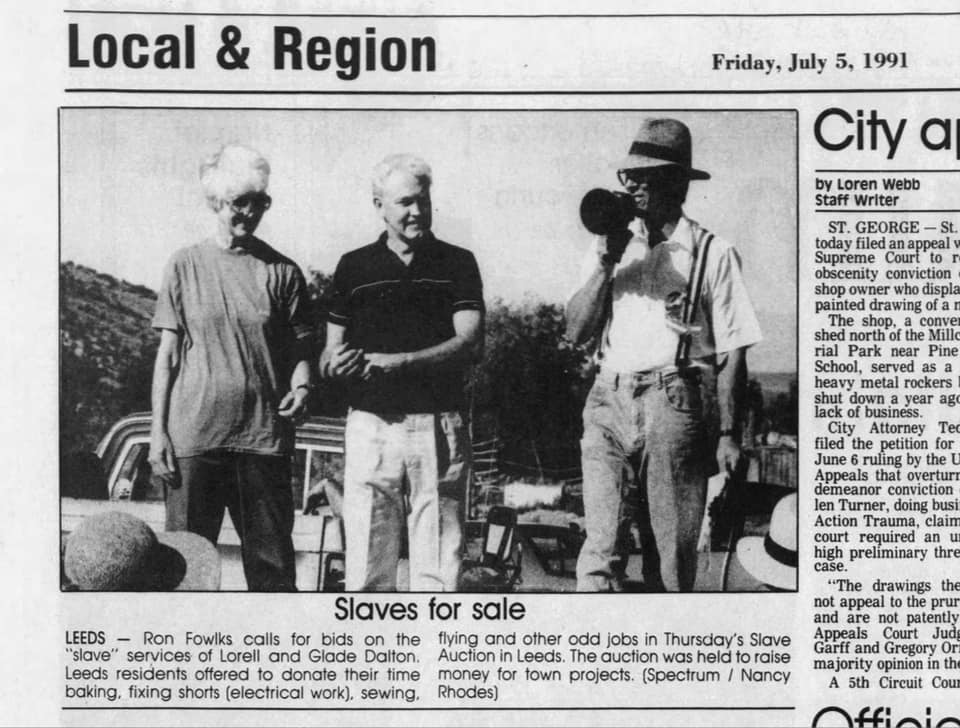 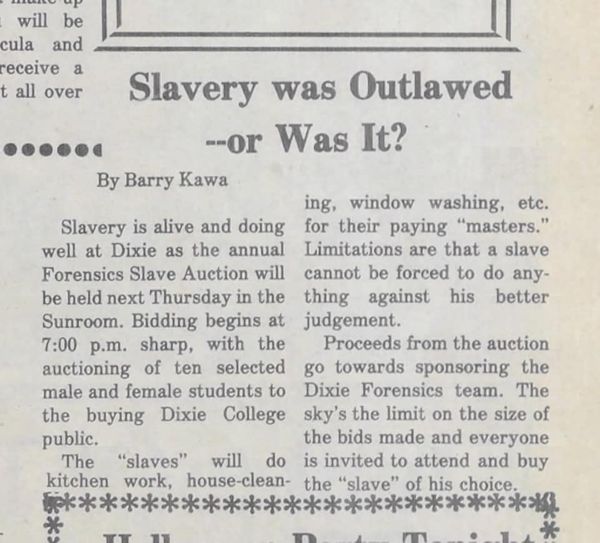 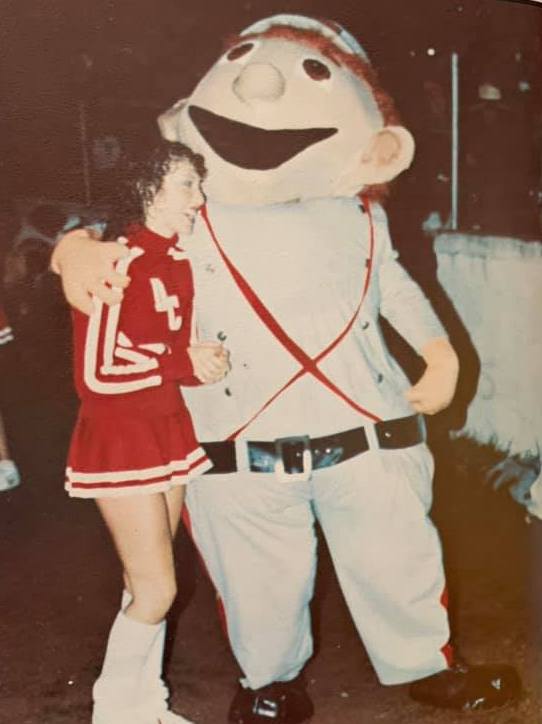